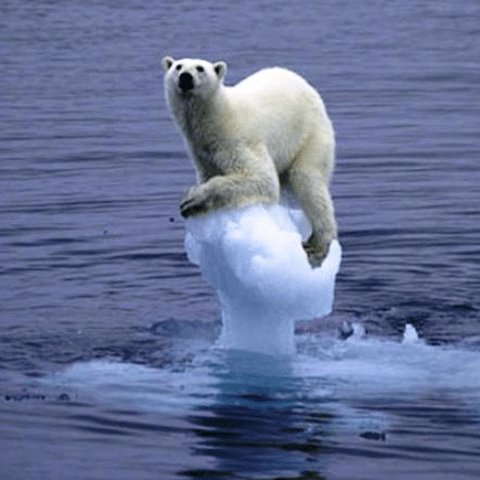 I recently realized that this piece is no longer on the Internet.  It was originally published on June 27, 2002, nearly ten years ago on Inlet.org, a site that no longer exists.  The title was simply "The Climate Crisis," and therein lies a tale already.  Though that expression--the Climate Crisis--was not original with me, it was not yet in common use.  It would be several years before Al Gore started using it, which is what gave it currency.  In fact, this piece advocates using it, as a more accurate name for the phenomenon that until then was usually called 'global warming,' and also to emphasize the urgency with which it must be addressed.

I offer several ideas in this piece.  Some have been tried, others have not.  Celebrities have gotten involved, though with uneven results, and mostly not with the specificity I suggested.  The "one big voice" of an environmental coalition hasn't really happened, although there are dedicated organizations and some coordination, especially to oppose specific legislation or executive action on the federal level.  The goal of elevating this to a moral issue has been only partially successful, and in building "emotional consensus" and a sense of urgency, we've gone two steps forward and three steps back, it seems.

But the heart of this piece is about nomenclature, and even though the terms I suggested--Climate Crisis and 'global heating' have been a more widespread part of the dialogue, giving elements of this crisis the names that would be immediately meaningful and emotionally powerful to a broad public is still a big problem.  Witness the wimpy "climate change" as the reflexive new label, and especially the talk of "adaptation" and "mitigation," terms for the equally crucial but quite separate problems of dealing with the causes and the effects of global heating, which are confusing and meaningless to everyone not familiar with these bureaucratic terms taken from land use planning.  Some ridiculed the idea that calling it "global warming" was an important factor in the missing urgency , but I still believe it was and is.  Words matter.  They matter a lot.  The resistance and denial of those who really fear the Climate Crisis future may be more powerful.  But especially ten years later, there's nothing to be gained by soft-pedalling the stakes.

In any case, since this isn't available elsewhere, I am reprinting it as it first appeared.
© 2002 William Severini Kowinski

Somebody at the end of a Washington environmental organization's press conference recently asked the question: how do we create an "emotional consensus" in support of efforts to address global warming? Nobody had an adequate answer, but the question was exactly the right one.

Urgent, and a moral issue-- exactly right as well. Right now there is no emotional consensus, no sense of a moral issue. Yet climate change is emerging as the defining context of this century. Scenarios extrapolated from the most modest temperature rise predicted by major scientific organizations foresee large scale human suffering, disease and death, economic disruption and ecological disaster. Scenarios based on the higher end imply mass extinctions, the end of civilization and planetary life as we know it on this earth. It is hard to imagine a greater crisis, yet climate change is not an urgent issue in the U.S. Part of the reason is that this case simply hasn't been made in emotional and moral terms.

A lot of attention has been paid to getting the science right, and to refuting criticism of that science. News has mostly focused on details of treaties and legislation, and scattered reports of effects reputed to be caused by global warming (and then rightly or wrongly refuted.) In other words, from the public point of view, it's been boring and confusing. 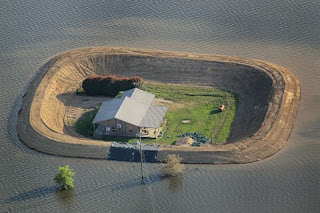 Still, at least some information has made its way into the American mind. But there is no sense of urgency. Americans were more worried about Alar on their apples than they are about climate change. There is no real consensus on the stakes. That must change.

Political leaders can't get traction on this issue without public alarm. There are private interests with huge amounts of money and lots of influence opposing efforts to address climate change. As usual, all that can offset them enough to provide leverage for policymakers is public interest, and in this case, a public sense of urgency.

What is needed now goes beyond negotiating mitigation that tries to satisfy both technical and political requirements and winds up doing not enough of either. It goes beyond policy wonking and bureaucratic infighting. It even goes beyond attachment to pet issues, or pushing the usual emotional buttons to work people up to contribute to a campaign fund or flood a congressional office with emails. It requires imagination and concentration. It requires real information told in dramatic and comprehensible ways. It requires commitment to doing it until it is done.

The stakes are very high, for this is an issue like no other. That Civil Rights laws weren't passed when proposed in 1948 was tragic, but not fatal to the cause. The Civil Rights Act passed in 1964, and America has benefited ever since. It was too late for some, but not for all. But if halting the acceleration of climate change is postponed, future efforts may simply be too late for everyone. Terrible and perhaps fatal effects will accelerate inexorably, no matter what treaties are then signed. Americans are used to being able to fix things at the last moment. What will happen when they can't?

In truth, no one can invent a moral issue or create an emotional consensus. But we can provide the spark and start the process by doing the best possible job of framing the issues with clarity and urgency, using the full range of tools available. To start thinking about such an effort, this is what I propose: 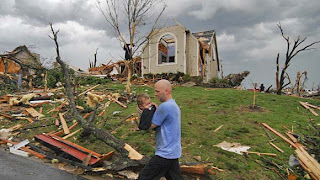 1. One big voice -- Existing environmental organizations must form a coalition organization or choose one of their number to run this campaign, but it must be a single voice and a single place the public knows to go to for information, linking with the appropriate other sources. A costly campaign will require a concentration of resources, so money should be channeled to one source. Publicity efforts should be part of a coordinated campaign with the same logo, slogans, and identifiable faces and/or voices in ads.

2. Don't say 'global warming'-- Turn up the heat on terminology. In fact entirely new terms are needed. I believe one of the reasons that global warming and climate change aren't considered urgent is that the words 'global warming' and 'climate change' have no urgency. Though 'warming' might describe a dangerous incremental rise in temperatures, the word itself has mostly good connotations. It's warm & cuddly. Happiness is a warm puppy. Listen to the warm. Can I warm up that coffee? Let's give a warm welcome to...

It takes a counterintuitive leap to think of "warming" as a bad thing. Even as a negative, it is at best, lukewarm. Nothing merely "warm" is urgent, especially in a negative sense. You may urgently desire a warm coat on a cold day, but people don't feel too warm. They feel too hot. Then it's urgent.

Global warming was a dubious improvement over the term it replaced, 'the greenhouse effect.' A useful metaphor to describe what happens when there's too much CO2 in the upper atmosphere, it is otherwise pretty abstract and definitely not scary. To most people, greenhouses are good. Flowers grow in them. They're pretty. The greenhouse effect sounds like it might make the whole world prettier.

There's been a recent move to the term "climate change," but it's too neutral: change can be good, and if the weather is too hot or too cold where you live, you might welcome a change. A better choice is "climate crisis." Ross Gelbspan uses it in the subtitle of his book, The Heat Is On: The Climate Crisis, the Cover-up, the Prescription. Crisis projects urgency. He also uses "heat" rather than "warming." Until even better terms are found, everyone involved should talk about "global heating" and "the climate crisis."
And if you don't think words have anything to do with it, think about the difference between anti-abortion and pro-life, or between pro-abortion and pro-choice. Few remember the language of a single subsection of the Civil Rights Act. They remember "I have a dream today." 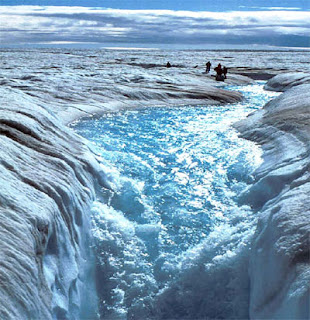 3. Bring out the big guns and give them something imaginative to do. Use Hollywood faces and voices, send them places where something can be shown that indicates the effects of global heating. Send Julia Roberts to interview an Inuit elder on camera about the change in Arctic ice and weather patterns, and the effects on the animals and plants. Take an action hero to high altitudes, take Mariel Hemingway up to Mt. Kilimanjaro and measure the snow, and some swimsuit models to an island that will disappear under the water because of global heating.

4. Make this a moral issue. Get the Dalai Lama on camera-he is well aware of these issues. Get Nelson Mandella and Vaclev Havel-get the most articulate and morally respected people in the world. Get religious leaders of all faiths, and send this to where the Civil Rights movement got so much energy and force-the churches. Get Captain Kirk and Captain Picard. There won't be a future unless this is addressed.

5. Be relentless and build momentum. Get some billionaires to pay for relentless TV ads. There must be a few with consciences and consciousness. Do TV and radio programs and web sites, and urge existing TV shows to do something on it. Start by reframing the issue with urgency. Add details (what will happen, where and when.) Get new people on board and in front of the camera.

6. Start now. This campaign should be planned now, and the funds solicited to start it. The year after the 2002 congressional elections will be critical to getting the issue on every candidate's agenda in 2004.

Only if this becomes a priority issue, a moral issue, and an emotional consensus starts to develop, can any presidential candidate offer anything prominent and bold. Such a focus can work partly because the groundwork has been prepared. There's been grassroots activity and education that has increased awareness. There is now enough science to make the claims of a crisis more than credible, and there are many ideas for solutions, so it all doesn't sound hopeless.

What is needed now is the "emotional consensus", the sense of a moral necessity, a cause. I believe it is the responsibility of the environmental community and its organizations to lead first of all by
example, by giving this issue their priority and focus, not in the ordinary way, but by going all out to involve the public in a moral crusade to save the world.

I am an author and otherwise an underemployed writer with no power or influence and few connections. All I can do is offer these ideas in whatever way I can to people who can make things happen.
Posted by Captain Future at 2:43 AM