AWAKE: Art, Buddhism and the Dimensions of Consciousness 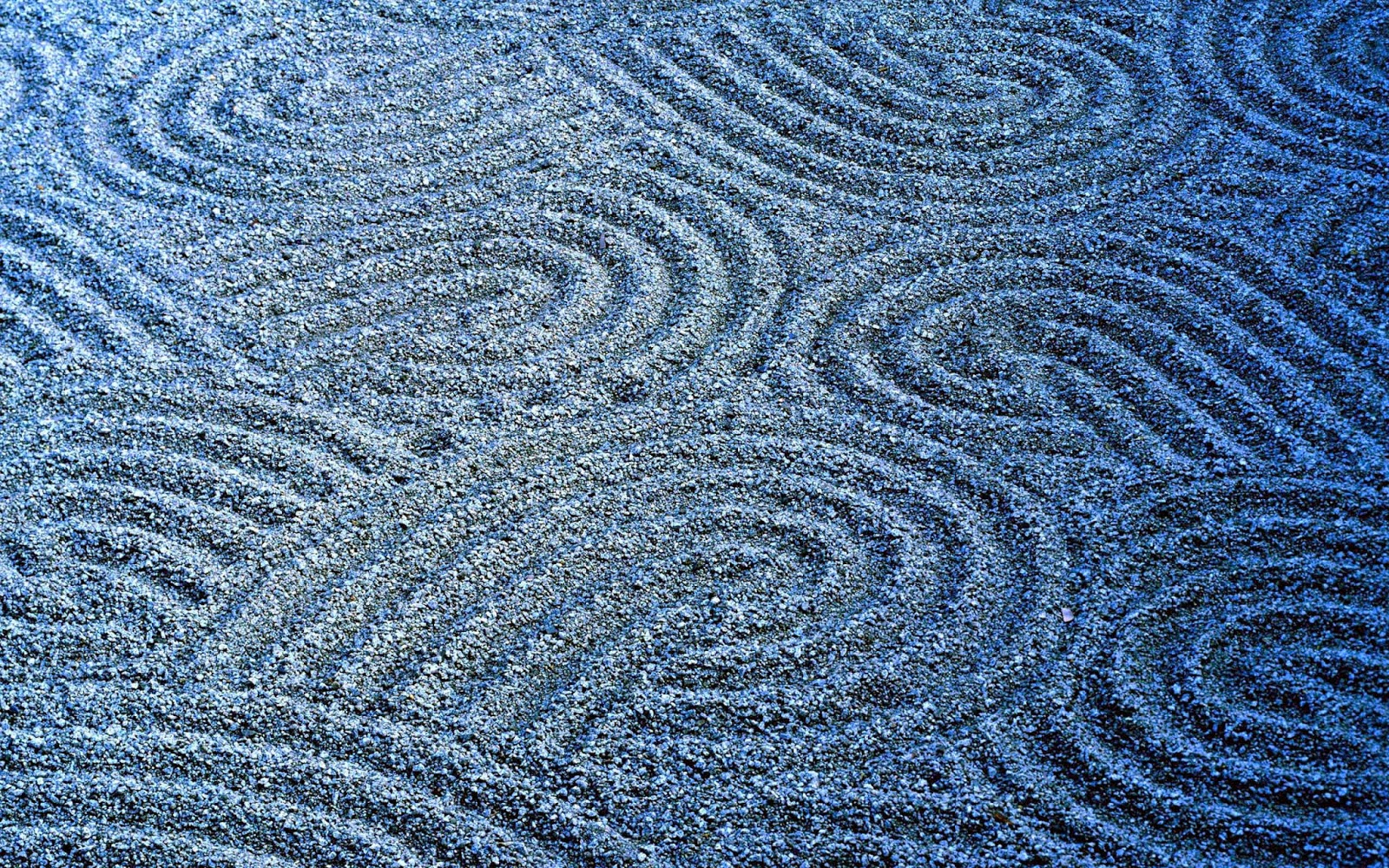 AWAKE: Art, Buddhism and the Dimensions of Consciousness
By William Severini Kowinski

In 1999, independent art curator Mary Jane Jacobs was exchanging news with her old friend from college days, Jacquelynn Baas, former director of the University of Berkeley Art Museum and an independent curator based in northern California. Jacobs told her that some New York City curators had noticed that a number of artists were getting involved in Buddhism, and their interest was influencing their work. These curators were talking about sponsoring a program on the role of Buddhism in contemporary art.

"It's about time," Baas responded. "There really should be something like that on the West Coast, too---historically, demographically, this is where a lot of Buddhist influence really happened."

So while the East Coast started the Buddhist Project, Baas and Jacobs organized a western U.S. consortium called "Awake: Art, Buddhism and the Dimensions of Consciousness." Centered in the San Francisco Bay Area, it also included educational efforts and public programs in Los Angeles, Dallas, Seattle, Portland and Chicago. These public programs began in the Bay Area in 2001 with an exhibit of Zen painting and calligraphy at San Francisco's Asian Art Museum, a performance of Mien (Southeast Asian) Ghost Tales at the East Bay Center for Performing Arts, and a Buddhist film festival at the Castro Theatre. Programs continued into 2004 with "The Circle of Bliss: Buddhist Meditation Art" at the Los Angeles County Museum of Art, and in 2005 a Richard Tuttle exhibition will begin at the Dallas Museum of Art. Other programs may still be scheduled into 2006 and beyond.

In between were several dance performances (Cloud Gate Dance Theater of Taiwan at Berkeley, for example), a large exhibition of Korean Art of the Goryeo Dynasty at the San Francisco Asian Art Museum, and residencies by contemporary artists Alison Knowles and Helen Mirra in the Bay area, Arlene Shechet in Seattle, and Suzanne Lacy at the Spoleto Festival in Charleston, South Carolina.

But for all this activity, Jacquelyn Baas believes the heart of Awake was a series of more private events. "The Buddhism Project in New York emphasized public programs," she said. "We began with a series of seminars for arts professionals. We really wanted to educate programmers in the arts in this important cultural area, and we wanted to affect how institutions present their art to audiences."

AWAKE organized eight invitation-only, weekend conferences for some 30 arts curators and directors of visual and performing arts institutions from all over the U.S., but mostly from the West Coast. Held every few months between April 2001 and February 2003 at the Green Gulch Farm Zen Center in Marin County, these meetings were designed to explore various issues involved in the relationship between Buddhist meditation and contemporary art. So participants heard artist presentations (video artist Bill Viola talked about his meditation practice and showed video excerpts, for example.) They observed demonstrations of a Japanese tea ceremony and flower arranging, learned walking and sitting meditation, and participated in Indian dance.

"It was wonderful," recalls Hollis Ashby, Associate Director of Cal Performances at UC Berkeley. "We all work in a very fast-paced environment and don't often have the time to slow our own processes down to consider other elements of art and experiencing art. But we were captive for three days and had to experience the world in that moment."

Some of that work was done by Green Gulch itself, a Zen temple that is also a working farm, in a lush and remote valley just a short walk from Muir Beach. "Just being in that atmosphere encourages you to really focus, so you aren't thinking about the next project or having your feet in six months from now," Ashby added.

But being "where the cell phones don't work" (as Heidi Zuckerman Jacobson, UC Berkeley Art Museum put it) was only the first step. As presenters, they were mulling over ways to enhance the experience of audiences. "I believe in the power of contemporary art to effect change," Jacobson said. "At least on the a level of personal perception and self-awareness."

Though one attraction of the meetings was being among "a very high level and potentially influential group," Jacobson found that "we started talking about things we do professionally as a practice rather than a career. I like that idea very much, and that's something I've really adopted."

For Jordan Simmons, artistic director of East Bay Center for the Performing Arts, it was a glimpse into how the other half thinks. "The contemporary art world has its own language for social justice and social inclusion, and I was not so aware of it," he said. " I was pleasantly surprised that some of the artists were contemplating issues that are very important to community based organizations."

All the participants interviewed felt they learned a great deal from these meetings, and several made changes in their professional and personal lives as a result. "I'm a complete novice," Hollis admits. "Most people there had some kind of meditative practice, but I didn't. So this was something I hadn't considered before-how does having a practice influence an artist's work. And how could someone like myself learn from that to improve my own awareness when I'm experiencing art."

"I'm interested in the notion of 'Beginner's Mind,' of always bringing a fresh perspective," Jacobson said. "I do these conversations with artists in public programs, and I used to prepare a lot of questions in advance. Now I'm listening more, and I'm more interested in what's occurring as we are where we are. I think I've done more effective and interesting-and perhaps more truthful---conversations."

Some of the seminars had effects focused and reinforced by events in the world. Several participants noted that the first presentation after the events of 9-11-01 by Ken McCloud on "Impermanence," which included a series of meditations on death, was particularly powerful.
Suzanne Lacy's presentation on "Engaged Art, Engaged Buddhism" occurred as subsequent political and military events began unfolding.

Another conference event often mentioned was the "Dharma Combat," a verbal exchange between student and teacher, demonstrated by Kay Larson ( who practices with John Daido Loori at Zen Mountain Monastery in New York) and Yvonne Rand (who began practicing at San Francisco Zen Center in 1966, and was a leader there for 28 years.) " Kay and I both realized afterwards that we communicated to the group something about the fruits of meditation that I'm not sure we could have done in any other way," Rand recalled."...that another person's suffering is my suffering, it's not separable."

With her knowledge of Zen practice, psychology and art, Yvonne Rand was a pervasive presence throughout "Awake." She served on the steering committee, and since her home and meditation center (called Goat-in-the-Road) is close to Green Gulch, several conference participants as well as visiting artists involved in "Awake"-sponsored events, stayed there.

"It depends a lot on the particular artist, but I certainly am convinced that the mind in the moment of creativity and the mind in the moment of meditation are the same mind," Rand said. " It is an openness sometimes called in Buddhist practice 'the mind of don't know.'" She finds it in contemporary artists from Korea whose work was featured in an "Awake" exhibit at the San Francisco Asian Art Museum, and she finds it in a famous modern artist like Degas. "There's a quality in his sculpture that resonates with anyone engaged in the Buddhist meditation tradition [in which] one is always seeking to stay open to what's not known, to the unexpected-- in fact to develop a capacity and a taste for the unexpected and the constantly changing nature of experience rather than what's certain. I think most artists and poets are also working that edge."

Why are artists attracted to Buddhism? "To appreciate the practice you have to practice," Kay Larson said. " To appreciate Buddhism, you can catch some of the sensibility by being aware of issues like not clinging to things or ideas, and open yourself to the flow of mind and experience---and that's what artists do anyway. In a way, Buddhism shows them what they're already doing, and gives them a larger frame for it." 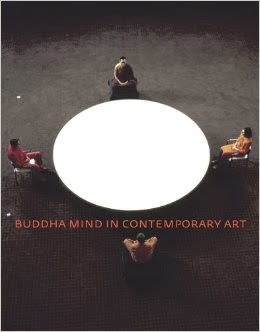 What can presenters and viewers of art learn from a Buddhist approach to art? Jordan Simmons participated in Awake partly to help him in working with some of the newer Asian immigrants, the Mien from northern Laos. Some 2500 have settled in the area served by his East Bay Center for Performing Arts. Buddhism is part of their culture, in combination with aspects of Taoism, shamanism and animism. But in the emphasis on the integrity of experiencing art as well as creating it derived from Buddhist meditation, Simmons found a compelling reason for all people to value art. "For the audience what's important is not some status experience but a real experience of the work. And when we teach young people to do art, we are teaching them to value their own experience of life." 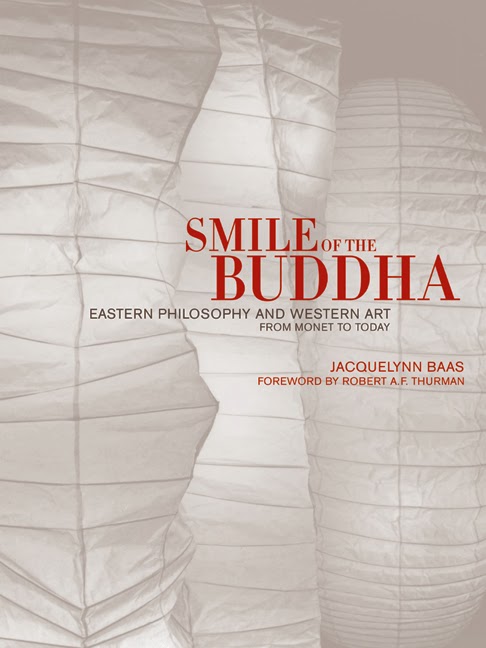 For those without access to "Awake" events, there will be two books published by the University of California Press. In the Space of Art: Buddha Mind and the Culture of Now, co-edited by Jacquelynn Baas and Mary Jane Jacob, featuring interviews with artists and essays by conference participants, as well as others including Arthur Danto and Stephen Batchelor, will appear in fall 2004. Smile of the Buddha: Influences in Western Art from Monet to the Present by Jacquelynn Baas (Foreword by Robert Thurman), examines Buddhist perspectives within the art of twenty European and American artists. This book will appear in 2005.
Posted by Captain Future at 5:47 PM